There are a few ways to get the version of a Veeam Backup & Replication install, most of the online content points you towards querying the ProductVersion property of the VeeamDeploymentDll.dll file. And this works quite well if you just want to the version, but it doesn’t give you the full build which changes with cumulative patches. 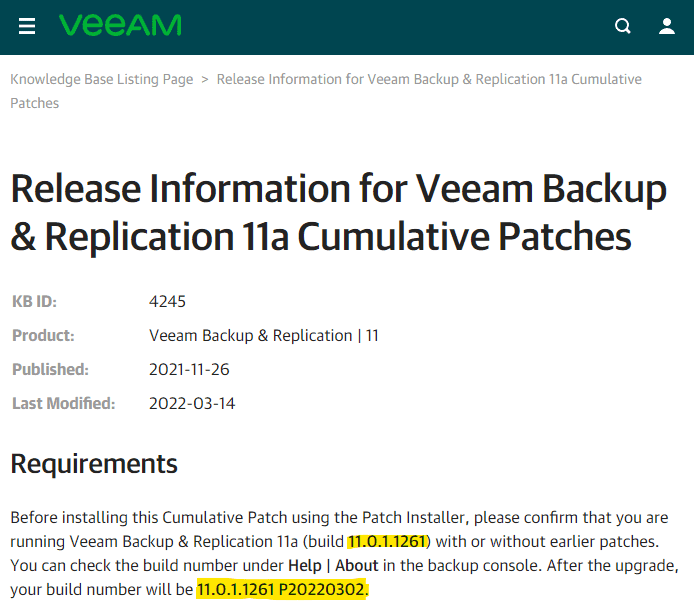 This has been deployed to our test server, so we’re expecting the returned version to be 11.0.1.1261 P20220302 as per the screenshot and confirmed by the About page within the Veeam console.

Unfortunately we don’t get the full build - we’re missing the P20220302 suffix, which means we can’t reliably use this method to determine whether our Veeam install is current.

Getting the full Veeam version with PowerShell

Here is a slightly different method which gives us the full build.

And here is what the $Version variable gives us.

At the time of writing I’ve only had the opportunity to test this on various v11 installs but I’ll update the post if I have the chance to confirm with earlier versions.